A lot of people know Vincent Ward as Oscar from the hit TV show “The Walking Dead.” But his resume is much broader than that. He’s been acting since the early 2000s and has played in many well-known TV shows, as well as films.

The 6’4 Ward stands out not only with his height, but the characters he brings to life in movies, TV shows and even on stage plays.

With God on his side, Ward feels there is nothing he can’t achieve in this world. Bitten by the writing bug, he also plans on releasing his own projects. 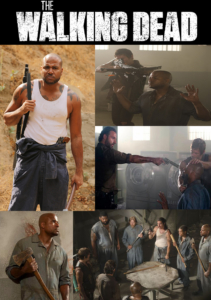